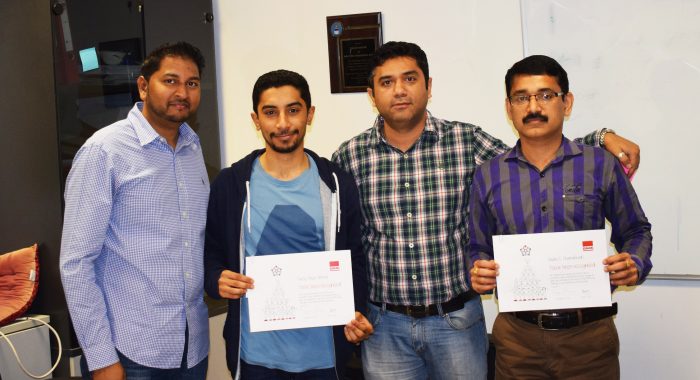 Members of the GSS Bahrain team were recently recognised for their hard work and received Winning Hearts awards from Commercial Manager, Rishi Sevak.

Saabu Chamunni played a vital role in sourcing and negotiating product prices from multiple suppliers for 3 major projects, which were happening alongside each other. “His persistence and hard work is much appreciated, without whom we couldn’t have completed the bidding process in time,” said Rishi. “He managed to get better prices for line items, that were found higher than government estimate.”

Supplier registration on a government website was a mandatory requirement for GSS to further qualify and progress in one of the Prime Vendor bids. With the local suppliers resisting to register, Tareq Ahmed had to travel to Kuwait to meet the suppliers personally, and was able to convince them to register within the deadline. “Tareq was instrumental in getting the local Kuwaiti suppliers to be registered,” said Rishi. “He is a great contributor!”

Well done to both of you and keep up the good work!